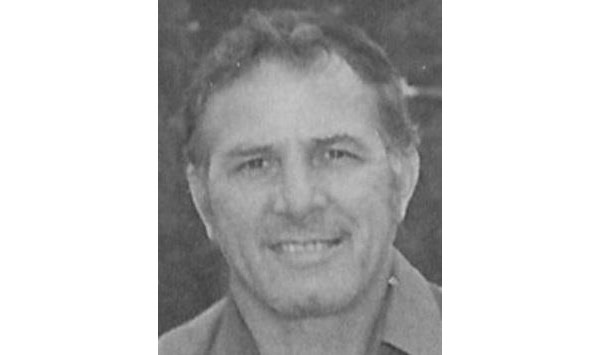 SARATOGA SPRINGS – In a time of brevity with text messages and tweets, a retired Hall of Fame golfer who lives in the city self-published an audiobook framed with long letters sent and sent by her mentor.

Dottie Pepper paid tribute to his first golf instructor in his new book titled “Letters to a Future Champion: My Time with Mr. Pulver”.

Pepper’s mentor, George Pulver Sr., died at the age of 87 in 1986, while Pepper was a college student.

Pepper, who has won two major LPGA Championships and 17 touring events, is the CBS Network’s leading traveling reporter for their coverage of the PGA Tour, Masters and PGA Championship.

A book signing is scheduled for Saturday at 11 a.m. at the Ballston Spa Public Library.

Pulver, who also designed the first nine holes of the Saratoga Spa State Park golf course, was a very good golfer in his own right, although he never liked to talk about it, Pepper said during a telephone interview.

“He and his wife, Martha were basically kings of golf, certainly in upstate New York, and I was fortunate enough to start working with him around the age of 14 or 15,” Pepper said, describing their old-fashioned relationship as not just student teacher, but “mentor and sponge”.

The two were prolific correspondents.

“We typed letters back and forth, and it wasn’t just lessons he gave me on a driving range, or commentary on tournament play,” she said.

“It was really great lessons about education and courage and the ability to dig anytime, and the lifelong opportunity that golf and most sports can give you, if managed. correctly.”

Pepper said she received almost 100 letters from Pulver, and when Pulver died, he left her a file of all the letters she wrote to him.

The compilation, along with the articles, helped form the 208-page book.

“It was a pretty intense amount of information, and it was quite an ordeal and a whole concept to design something around them – because it’s so different from what we have today, ”said Pepper. “This is not a digital file. It is not a text. It’s not a tweet. It’s real things you get your hands on.

Most of the letters were on writing paper and are a bit “soft” after more than 40 years, said Pepper, who still writes letters and thank-you notes. She said she found it “remarkable” that she still receives letters from the grown children of Pulver.

The work behind the book began during the state of emergency of the COVID-19 pandemic in March 2020, and the article aims to draw “something positive from it,” Pepper said.

“I had been informed about 10 years ago that the content I had in my own three-ring binder (of Pulver letters) was certainly worthy of a book and sufficient to have a book – maybe one. sort of a booklet summarizing what those letters contained, “she said.

The pandemic has given him ample time to carve out an entire book.

“Even when we returned to work at CBS in June 2020, we weren’t allowed out of our rooms at night,” Pepper said. “So I wrote and gave myself deadlines to bring this to market. “

Proceeds from the book will go to the Saratoga Warhorse Foundation because Pulver was a WWI veteran. He was injured in combat but recovered and became a golf pro.

Pepper said she was happy to help the organization because, like many charities, she suffered from fewer donations during the pandemic.

Most of the book project was done with local help, with the exception of hiring a voice actor from Pittsburgh to voice Pulver on the audiobook, Pepper said.

The technical engineer was Jeff Monty of Carr-Hughes Production, a video production company run by one of Pepper’s former classmates.

“Certainly now that we have supply chain issues and things are unreliable, it’s really a lot easier to do things locally,” she said.

Pepper has already written three children’s books. But she said they were light and less laborious than the 10 months she spent on her last job, which she says isn’t just for golf enthusiasts.

Youth sport is a big part of his message, with warnings about burnout and not specializing at such a young age.

“For your sanity, when you feel like it’s no longer fun, take a break and then come back to it when your heart is pulling over you,” said Pepper, who also enjoyed skiing, biking and swimming in her. youth, and intramural basketball at Furman University, where she was a three-time NCAA All-American in women’s golf, graduating in 1987.

“I think there is a huge story of mentoring here that can also be used for a company’s lasagna layers and mentoring programs,” she said. “And that can be an example of how this mentorship doesn’t just need to be from generation to generation. He was 81 and I was 14 when we started working together.

She is a big supporter of her hometown.

“From the arts to athletics, to great restaurants, to the small business mindset, to the big companies around us and a good high school, everything is fine here,” she said. “There are farmers’ markets. It really is this city of the country where everything is available here.

More from The Daily Gazette: