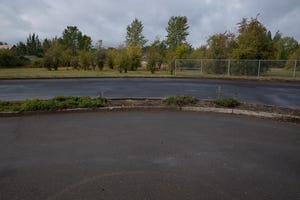 Jennifer Alli of Southampton took first place in the women’s division with a time of 32:34.

Delaney Parker of Orange scored her eighth goal of the year for MASCAC in the 30th minute to help the Westfield State women’s football team to a 7-0 victory over Framingham State on Saturday.

Westfield State senior Amy O’Sullivan of Greenfield finished in the top ten individual to give rhythm to the Owls women’s cross-country team at the UMass Dartmouth Invitational on Saturday.

Greenfield’s Raegan Hickey scored his third and fourth team-leading goals of the season to help Stonehill College beat Mercy College, 7-1, and Mercyhurst, 4-0, over the weekend in Easton.

Hickey also added an assist for the Hawks, who are ranked No. 8 nationally in Division 2. The team improved to 5-1 on aggregate. She scored a goal in every game over the weekend.

Silas Lively saved a potential touchdown with a key tackle in the fourth quarter, and the Franklin County Bulldogs edged Ludlow, 26-25, in a PeeWee Suburban League contest on Sunday.

Bryce Zraunig rushed for over 150 yards in the win, with key block help from Adrian Lara and Jackson Puchalski. Quarterback Casey Burke also played well to pace the attack.

The defensive line of Xavier Woodard, JJ Bones, Alden Parker and Connor Bengtson combined for a sack, fumble recovery and multiple tackles in the backfield.

Ty Skroski had his hand in both touchdowns, as Frontier shut out Quabbin, 16-0, in Suburban League action on Sunday at Hardwick.

Skroski ran for a touchdown and also threw one at Chase Greene for Frontier. Konnor James and Colin Galli added two point conversions.

Hunter Haughey scored his team’s only goal as FCHA Silver lost a 7-1 decision to Ludlow in an 18U Midgets Division game of the Greater Springfield League on Saturday at Collins-Moylan Arena.

Lucas LaFontaine made 26 saves in goal for the FCHA.

Terry Boyce and Keith Burch’s team shot 67 to claim victory at the Country Club of Greenfield Mixed Invitational on Sunday.

Will Conant and Lana O’Connor were second with a 70, followed by Alex Rohan and Jaelyn Deboise with a 71. Tim McKenna and Helen Wright (72) were fourth, and the teams of Jill Rogalski / Thomas Bergeron and Tom Herzig / Wendy Marchese tied for fifth (74).

The net honors went to Nancy and David Donoghue (65), with Dennis Sullivan and Chris Eugin second (66).

Four teams tied for the low net with 51s.

The Valley Storm 16U softball team pulled off a tight sweep of a doubles program on Sunday, scoring 8-7, 1-0 wins over NWS Elite.

In Game 2’s 8-7 win, Maggie Fay and Amelia Pierce each had two hits and combined for three RBIs. Hannah Gilbert and Maggie Potter both scored two runs, while Fay took the win in relief with two strikeouts in four innings.

In the 1-0 win in Game 1, Gilbert and Bri Lynch combined eight strikeouts in seven clean innings, allowing just one hit. Offensively, Skyler Steele and Potter had two hits apiece while Lynch produced the only run of the game.

Tyler Cusson (three RBIs), Ethan Mauthe and Jack Conlin (two RBIs) all added two hits to pace Greenfield, who built a 7-1 advantage and managed to hang on. Loos took the victory over the mound with three solid innings while Aidan Heffernan made the save.

Altitude International provides an update on the CEO